British Columbia is one of the famous provinces for Provincial Nomination. As we all know, Provincial Nomination is one of the ways through which one can get Canadian PR. Now there are several streams in the British Columbia PNP program. There are different eligibility criteria for different streams. Every year we witness PNP draws for different streams. Here we are to explain to your one such draw, BC PNP tech draw.

There are three basic streams under which British Columbia offers Provincial Nomination. These streams are: –

What is BC PNP tech draw?

This entire draw is basically to support the tech sector of British Columbia. Each and every year to get more and more international talents from all over the world, BC PNP tech draws happen. There are few features of tech draw. These features are mentioned below

As we are familiar with the growing pace of the technology in the current times, this entire technological advancement opens huge varieties of technical jobs .

In few of the cases the tech employer will have access to canada immigration information. This leads to specific selection and filtration for the particular tech job.

Special tech ITA (Invitation to Apply) for the tech sector, with employer support.

Its name specific, tech itself tells the first eligibility criteria. The entire skill stream has different categories. These categories are very sector specific about their job offers and eligibility criteria. Application process is quite similar here. Initially you need to create your profile and apply for BC PNP. For the BC PNP tech one should be eligible specifically under the skill immigration stream. After being eligible, if your profile meets the requirements of the PNP, that application will get an accelerated application process and more benefits.

There are certain criteria for the tech program. Although you must have a job offer, it does not need to be an indefinite offer. Your offer must be of at least 1 year. Job offer should be from the mentioned 29 NOC. There is one specific case, that if you are already employed, then you must have at least 120 days remaining, during the time you submit the application.

Applicants should have an eligible job occupation. Initially the applicant should be eligible under one of the categories of the skill stream. There are specific NOC codes which are applicable under BC PNP tech

You cannot specifically apply for the BC PNP tech draw. It’s not a specific program but a targeted draw of the skill immigration stream.

Firstly, you need to apply for British Columbia Provincial Nomination, remember for the tech draw you will only be eligible under skill immigration stream. After applying for the BC PNP, the foreign national will verify your profile, and will decide whether the applicant meets the requirements of any of the 29 NOC occupations. Once the profile is selected, now if you are under the tech program, your account will be accelerated. Your application will go through the procedure at a higher pace. At last your application will be in the pool for hiring under the tech draw.

History of BC PNP tech draws.

BC PNP tech draw was initiated in 2017, the program was started to fulfil the demand of BC’S technical sector. In June 2021 the BC’s government decided to make this entire program the permanent part of the PNP program.

Other requirements for BC PNP tech draw

BC PNP draw happens periodically, it implies that there’s a high probability that one can get the nomination.  Recent PNP targeted tech draw was on July 19 2022, in which 139 numbers of ITA’s were issued. Minimum score was 85. Before this the second last targeted tech draw was on July 5th 2022 in which 100 ITA’s were issued, the minimum cut off was 85.

For the other streams, you can contact or take Canada immigration best consultant in Delhi. They can help you with the documents, an additional way through which you can earn points. These points will help you rise on the point table. Taking the advice will be highly beneficial for in depth knowledge. 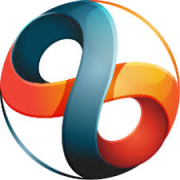 Unique Things to Do in Montego Bay

How to Import MBOX File to Gmail?

Wondering why your QuickBooks has stopped working? Here’s the answer