The crypto exchange latest move came after LFG decided to lend $1.5 billion in BTC and UST to secure the latter’s peg.

Binance announced a temporary suspension of LUNA and UST tokens on Tuesday, citing a large number of pending withdrawals as a result of “slowness and network congestion.”

The crypto exchange also said that it will resume withdrawals of the two tokens once it considers the network stable and the volume of pending withdrawals decreases.

In a statement from Terra’s official Twitter account, users are advised to be careful when using public infrastructure. He said,

“If you are using public infrastructure, please don’t spam now as the transaction volume is naturally high. Please be mindful of our public use of the infrastructure. More updates on today’s events and plans for the future coming later.”

Other prominent platforms such as Kraken and CoinList have also suspended withdrawals. On the other hand, FTX still processes withdrawals with UST.

As CryptoPotato previously reported, Terra USD (UST) lost its peg to the dollar over the weekend. According to data from CoinMarketCap, the third-largest stablecoin by total issuance fell to $0.68 before bouncing back to $0.91.

In an attempt to protect its peg, the Luna Foundation Guard said it will lend $1.5 billion in Bitcoin and UST to third-party platforms that plan to provide support for the algorithmic stable coin peg.

The address, which previously held over 70,000 BTC, is now completely depleted.

Many critics believe the move may have exacerbated the bitcoin market sell-off, which led to the lowest price since July 2021.

So that the inexperienced reader does not get confused, let’s define how Terra, LUNA price, and UST are interconnected. Terra is the name of the project and the blockchain, LUNA is an intrasystem currency with a floating exchange rate, and UST is the project’s stable coin pegged to the US dollar at a ratio of 1:1.

Terra’s goal is to become a reliable bridge between fiat and cryptocurrencies. The main disadvantage of secure and decentralized currencies like Bitcoin is high volatility. This hinders the acceptance of Bitcoin as a means of payment, especially for long-term transactions.

The US Treasury Department’s Office of Foreign Assets Control (OFAC) has announced new sanctions against a cryptocurrency mixer called Blender.io, which is used by the Democratic People’s Republic of Korea (DPRK).

An official press release from OFAC reveals that North Korean hackers have used Blender to launder digital assets, as well as to carry out state-sponsored cyberattacks.

The website was reportedly involved in the high-profile security breach of Axie Infinity’s Ronin Bridge, processing more than 20.5 million in illegal proceeds out of a total of $620 million stolen. It has also facilitated over $500 million worth of bitcoin transfers since its inception five years ago.

Undersecretary of the Treasury for Counterterrorism and Financial Intelligence Brian E. Nelson said,

“Today, the Ministry of Finance imposed sanctions on the virtual currency mixer for the first time. Virtual currency mixers facilitating illegal transactions pose a threat to US national security interests. We are taking action against the illegal financial activities of the DPRK and will not let state-sponsored theft and its money laundering accomplices go unanswered.”

The latest developments come two weeks after the FBI released a statement saying North Korean-linked cybercriminals APT38. Also known as the Lazarus Group, were behind the attack on the Ronin Bridge.

Before Ronin’s attack, US think tank Center for a New American Security (CNAS) warned that the Pyongyang-led cybercriminal group. “Will continue to adapt its cybercrime tactics” to target financial and digital asset companies. sectors. In 2020, the Lazarus Group reportedly withdrew about $300 million worth of cryptocurrency from Singapore’s KuCoin exchange.

Another study by Chainalysis found that North Korean cybercriminals stole about $400 million worth of cryptocurrencies in 2021 alone. Attackers raised funds after attacks on cryptocurrency exchanges and investment companies.

Together with UST, LUNA lost a whopping 50% of its value in the last day alone and crashed to a low not seen since last October amid macro volatile conditions in the broader cryptocurrency market.

Several experts in the crypto sector were unhappy with the intention of TFL founder Do Kwon to merge the project with Bitcoin. Which is the heart of the digital asset market.

The argument for this is the fact that algorithmic stablecoins, unlike traditional stablecoins. Provide price stability through the use of specialized algorithms and active management of the treasury. Which manage the supply of tokens in circulation. 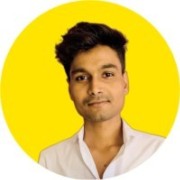 How To Maintain Kinky Curly Hair In Best Shape?

How To Connect With Students In Home Tuition?

How to Import TGZ File to Outlook? – Complete Guide

How do we Convert OST to PST Outlook using well-known Software?