Do you frequently experience coughing fits and feel out of breath on working out? Chronic Obstructive Pulmonary Disorder or COPD is a lung disorder that encompasses two conditions, Emphysema and Chronic Bronchitis. Both of the conditions are chronic and cause severe breathing difficulty. COPD affects middle-aged or older adults who smoke. It is linked to other health conditions like Sleep Apnea, Asthma, etc. If you want to learn more about COPD and its potential treatment options, consider reaching out to Paid COPD Clinical Trials nearby.

This blog will discuss COPD’s causes, symptoms, and its link with other health conditions.

What Is Chronic Obstructive Pulmonary Disorder or COPD?

COPD, also known as Chronic Obstructive Pulmonary Disease, is a collection of respiratory conditions that restrict the airways and affect breathing. Two or more respiratory conditions are part of COPD, chronic bronchitis and emphysema. While air sacs are destroyed in emphysema, chronic bronchitis causes mucus or phlegm to be coughed up as a result of irritated airways.

Unexpectedly, women are more likely than males to get COPD. Similar to their male counterparts, female smokers have a higher mortality rate.

What Are The Causes Of Chronic Obstructive Pulmonary Disorder or COPD?

COPD is a diverse condition with multiple causes such as:

What Are The Symptoms Of COPD?

Some of the prominent  symptoms of COPD are:

What Are The Risk Factors of Chronic Obstructive Pulmonary Disorder?

There are certain risk factors for COPD that include:

Smoking and COPD: What’s the Connection?

However, smoking is responsible for up to 8 out of 10 COPD-related fatalities. Nearly 16 million American people with COPD have been diagnosed, and 38% of them currently smoke.

The main cause of Chronic Obstructive Pulmonary Disorder or COPD is smoking. Additionally, smoking might cause flare-ups of COPD. Smoking damages your lungs’ air sacs, airways, and lining. It is challenging to breathe when the lungs are injured because not enough air can enter or exit.

Obstructive sleep apnea is a condition when you stop breathing after short intervals throughout the night. The interruptions might last for several seconds but it does have a huge impact on the sleep quality of an individual. This happens when the muscles at the back of the throat relax too much during sleep. It blocks the airway and hence breathing stops.

COPD and obstructive sleep apnea when they show-up symptoms together are called the overlap syndrome. Around 10% to 30% of people with COPD have sleep apnea. It raises your risk of having:

How Does COPD Impact Quality of Life?

COPD can have a detrimental effect on the physical and mental well-being of an individual. It can take away one’s freedom to breathe and enjoy life as the individual with COPD is highly dependent on medications and require frequent rest to restore their normal breathing process. This in turn influences mental health. It reduces productivity and the ability to perform basic tasks. This takes a toll on one’s mental health and they feel depressed, and isolate themselves which further worsens their condition.

What is Good About COPD?

Despite COPD being the 3rd most common cause of death globally, the condition can be managed with appropriate treatment and lifestyle changes.

How Is Chronic Obstructive Pulmonary Disease or COPD Diagnosed?

Spirometry, a test, can assist determine how effectively your lungs are functioning. After taking a bronchodilator, a medication that helps open up your airways, you will be asked to breathe into a device called a spirometer.

The spirometer measures the total amount of air you exhale as well as the amount of air you can exhale in a second. You might be asked to exhale several times to get an accurate reading. The findings are compared to the results expected for someone your age, which can reveal whether your airways are clogged.

Blood tests are done to check for the deficiency of alpha 1 antitrypsin deficiency. It is a rare genetic condition that increases the risk of deficiency.

Other than that, anemia and polycythemia are also detected through blood tests that can cause symptoms similar to COPD.

At times, more tests are required to identify and confirm the condition. These include:

Despite COPD is a life-threatening condition, some people live to see their grandchildren. This is mainly because the symptoms are mild and manageable. In simpler words, the prognosis of COPD is satisfactory if the condition is adequate.

COPD is a controllable condition. Many COPD sufferers should be aware that by adopting healthy lifestyle modifications and preventive actions. Although COPD is treatable, there is a long-term increased risk of lung cancer with this condition. Following are some COPD management options:

Chronic Obstructive Pulmonary Disorder or COPD is a crippling condition that can severely impact one’s lifestyle and reduce productivity levels to a great extent. Although COPD is a serious condition, both avoid it with the right treatment and management. To prevent the illness from getting worse and to keep it controlled, it is crucial to be aware of the triggers and to take steps to avoid them.

Finding new treatments for COPD and asthma is a top priority for several clinical research organizations in the USA. If you have questions regarding your disease or your options for therapy, consider contacting Paid Clinical Trials in Michigan near you that are working to enhance life quality through more effective treatment techniques. 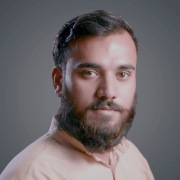 Moin Tabish is a Software Engineer and a Digital Content Producer And Marketer Particularly related to medical technology, software Development and More.

5 Reasons Why You Need Football Shoes For Football Game

Why A Perfect Graphic Logo Is Crucial For Your Business